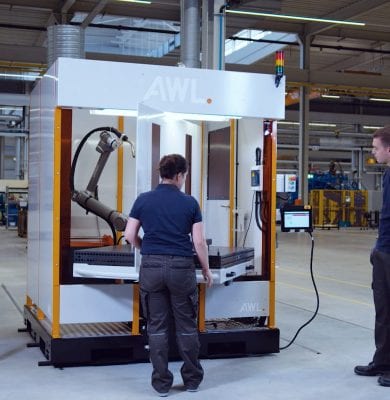 Cobots, collaborative robots that work closely with humans in the workplace, have gained a significant market share over the past decade. They are used in many areas: palletizing, machine tending, assembly – but also welding. Welding is the odd one out, because safe cobots are equipped with a welding torch, which still requires additional protective measures. However, the use of cobots for welding applications is very attractive.

An experienced manual welder has a great deal of knowledge of his field. This knowledge, which is mainly in his fingers, is difficult to put into words. The Germans call it “Fingerspitzengefühl”. Converting this knowledge into a robot program requires lots of prior knowledge with traditional robots. Or the knowledge has to be transferred by the manual welder to a robot programmer who makes the translation. Whichever way you look at it, a great deal of time and money goes into properly capturing the process in a robot.

Taking it by the hand

A great advantage of the welding cobot is that the manual welder can guide the cobot itself in its movements directly by hand: the teaching of positions is therefore a lot easier than with traditional robots, where this has to be done with a joystick. Moreover, with many cobot brands, building a program is easier than ever before, due to intuitive and simple user interfaces. Within an hour, almost anyone can learn to create a basic program with a cobot. This makes cobots very accessible and flexible.

The added value of a robot integrator

What is the added value of AWL as a robot integrator, if anyone can program a cobot themselves? A logical and also valid question. However, there is bit more involved in the use of a welding cobot than just programming the movements. The strength of AWL lies in various fields. First of all in connecting the welding source, programming the logic around the welding movements and welding a pattern between two points. And more importantly, we're putting together a program that's so user-friendly and watertight that someone with minimal training can already work with it safely.

Often, the argument for using cobots is that these robots are safe, and therefore can operate directly next to humans without protective fencing. The name suggests it as well: collaborative robots. However, this name is deceptive. Not only should the cobot be safe, but also the application as a whole.

There are several integrators in the market that offer flexible welding cobots that are easy to program, but not always safe. In order to make the welding cobot safe, safety is often guaranteed by a so-called dead-man switch, the use of light curtains or even fencing around the process.

Cobot welding to the next level

Standard cobot welding tables have been on the market for a quite some time. The gain is mainly in the accuracy with which cobots weld a component within a certain time. However, a disadvantage is that they can only work one at a time: the operator or the cobot. As the series gets bigger, the required welding time will become more and more important. If a cobot takes 30 seconds to weld a part, the employee will be standing still for more than eight hours for a thousand pieces.

AWL has developed a compact cobot welding cell called Qube. This is very much based on a standard robot welding cell: an indexing table with two jigs with the operator on one side and the cobot on the other. An operator can then perform his tasks safely in parallel with those of the cobot. Instead of a powered indexing table, a manual indexing table is used. As a result, there is no need for a roller door or light curtain, which saves costs and minimizes floor use. So why still use a cobot? Not to reduce the risk of a collision, but rather to save costs: no integrator or robot programmer is needed to teach a cobot a new product. This can be done by an experienced manual welder.

When it comes to the aforementioned user-friendliness, much has already been achieved, but there is still much to be gained. As an independent system integrator, AWL integrates different brands of robots into machines, just like Qube. However, we see a great deal of potential in the OMRON cobot.

The programming of this cobot is done in a flowchart. The graphic representation makes it easy for almost anyone to understand. OMRON and AWL have therefore jointly chosen to enter into a global partnership to develop and distribute the first and only truly mature solution in cobot welding: Qube.

OMRON and AWL are organizing a webinar about Qube. Curious? Click here to read more information about this webinar. 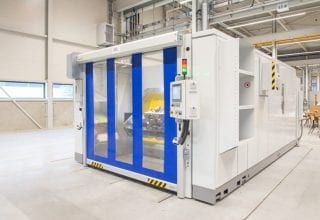 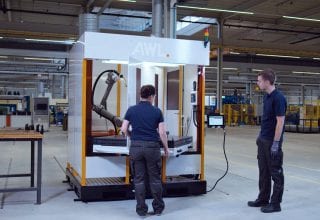 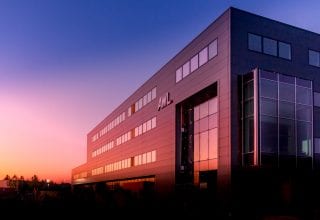 We have moved our headquarters!