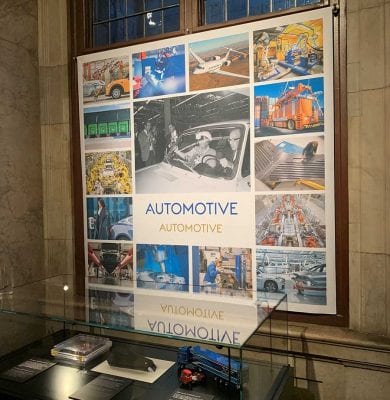 Each year, His Majesty King Willem-Alexander and Her Majesty Queen Máxima hold the traditional New Year's Reception for Dutch invitees. The receptions are held in the Royal Palace, Amsterdam. Apart from the hundreds of guests from politics & public administration and from various sectors of Dutch society, this year specific representatives from the Dutch manufacturing industry were also invited, including our own CEO Brand van ‘t Hof!

Brand van ‘t Hof: “It was a good experience to participate in the New Year's Reception of our king and queen in the Palace on the Dam. Parts of the palace are also open as a museum. I had already paid a visit to the museum with my family. But then you only see parts of the palace. This year's topic was the Dutch manufacturing industry. About 40 entrepreneurs from companies had received invitations to this and the Royal Household gave us a proper welcome. The royal family had invited large companies, such as VDL Groep and Aalberts Industries, but also start-ups that have only been going for one or two years.

While the royal household welcomed the invitees, the other guests also came to the king and queen: the entire government, ambassadors from various countries, all the king's commissioners and various representatives of associations or institutes. All guests stood in a long row and we were guided past a collage with all sorts of examples from the manufacturing industry. On the photo, you can see that there was also an AWL photo on this collage.

After seeing the collage, the master of ceremonies personally introduced us to His Majesty King Willem-Alexander and Her Majesty Queen Máxima, we shook hands! The group gathered in the large reception hall, and the king gave us a speech while we enjoyed a drink, a bite and a royal bitterbal with mustard. You can also read this speech online [only Dutch]. Our king emphasizes that if you want to achieve something, you will only succeed in doing so if you gather others around you and work together with them, because then you will get on further. In his speech, the king mentions four companies from the manufacturing industry, consciously without naming them. I am certain that the fourth company he mentions has a global presence and a headquarters in Harderwijk. Other people told me that they recognized the company that the king had mentioned: I come there regularly myself and walk around with a feeling of pride.” 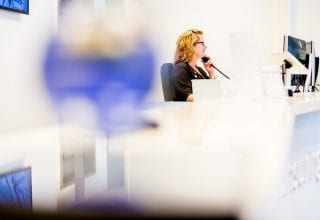 We’re in this together 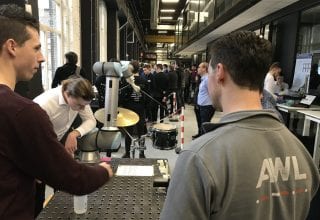